Only fools believe government to be benevolent. Only Christ is benevolent and a government that protects the inalienable rights of its citizens acts on the behalf of Jesus Christ. So was, for this purpose, our constitution written. The fools who declare our constitution archaic and out of date have no honest appreciation for the Liberty and Freedom and Christlike living it is designed to protect. It was not designed to protect godless atheism or a tyrannical Federal government. It was designed to protect us from such things by providing for the FREE exercise of our religious freedom and the pursuit of our own personal happiness.

The abuses over the past 50 years have given a permissive society an excuse to decry the value provided by our sacred constitution. Yes I said sacred. Not ordained or inspired by Christ as the Bible but by the Godly wisdom and principle of Christlike men who sacrificed all they had for the principles penned within. To mock or belittle its tenets is disrespect of the highest degree and one must ignore the millions of lives that have been either lost or impacted in its defence. In everything give thanks for this is the will of God concerning you and remember…..

And that’s this Christian American Opinion

THE conscious and intelligent manipulation of the organized habits and opinions of the masses is an important element in democratic society. Those who manipulate this unseen mechanism of society constitute an invisible government which is the true ruling power of our country.

We are governed, our minds are molded, our tastes formed, our ideas suggested, largely by men we have never heard of. This is a logical result of the way in which our democratic society is organized. Vast numbers of human beings must cooperate in this manner if they are to live together as a smoothly functioning society. – PROPAGANDA, EDWARD L. BERNAYS 1928

President Wilson employed Bernays to push his progressive agenda almost 100 years ago. Nothing is new under the sun. For the complete work by Bernays on  controlling  the masses through Propaganda follow this link to his paper.

When you turn on Broadcast or Cable News or pick up the New York Times you think you are reading or hearing unbiased journalism, THINK again. When you sit down to listen to a government news conference featuring the President or some other government official thinking you’re going to hear the objective truth about what’s going on in our world, THINK again.  In today’s corrupt business/political environment tactics that have been used in America since the early 20th century are being used on you all day long. PROPAGANDA.

Think for yourself, do your own research for news. Don’t trust journalists who have a predisposition to the moral absolute of indiscriminateness and a cultural bias against Judeo Christian ethics and morality. Using propaganda they have, as a group, already gained control of those weak minded individuals that need to follow the crowd to find  justification and a counterfeit morality. Don’t buy in to their counterfeit “loving” and “tolerant” religion. It’s neither loving or tolerant.

And that’s a Christian American Opinion

I Was A Stranger And You Took Me In

With conquering limbs astride from land to land;

Here at our sea-washed, sunset hates shall stand

A mighty woman with a torch, whose flame

Is the imprisoned lighting, and her name

Mother of Exiles. From her beacon hand

“Give me your tired, your poor,

The wretched refuse of your teeming shore,

Send these, the homeless, tempest-tost to me,

I lift my lamp beside the golden door!”

With all this immigration reform chatter I’m very suspicious of a new website and video that is being sent around by many evangelical spokes persons including some one I’ve always admired Max Lucado. The website and video are at http://www.salemoffers.com/campaign/i-was-a-stranger/rc/swnnewsletters. It’s title is “I was a stranger”. This message wants to seem benign as it asks for Evangelicals to take 40 days to pray for God’s will regarding “immigration”. The directive is for 4 separate “Challenges” to yourself, your campus, your church and legislators. They have a 17 page toolkit to walk these 4 groups through the marketing process (my word). The reason I’m suspect is because it is only on page 17 of the toolkit that you find this statement of purpose,

As evangelical Christian leaders, we call for a bipartisan solution on immigration that:

We urge our nation’s leaders to work together with the American people to pass immigration reform that embodies these key principles and that will make our nation proud.

I never in all my life, and as the grandson of Italian immigrants, thought for one moment that America is not an immigration friendly country. It is only because of the illegal lawless immigration problem we have been experiencing for the past 40 years created by the political class for a number of illicit reasons, that immigration has become a polarizing issue. The lies being told by the Democrats regarding the Conservatives who have been fighting to protect our borders has misinformed the american people and seems to have influenced the more liberal arm of the Cristian community. The issue IS NOT ABOUT IMMIGRATION! The issue is about LEGAL immigration and the lawlessness of the Federal Government in their pursuit of political power over the states and every other branch of government.

Beware of wolves in sheep’s clothing and the subtle little foxes. Just sayin.

And that’s A Christian American Opinion.

Barack Obama spoke in San Diego California to a group in support of his failing health care plan. He made a clumsy script-less  attempt before an aid finally produced a prepared speech. After which he was asked questions regarding the recent privacy scandals in which he answered:

“Trust me, we’re doing the right thing. We know who the bad guys are.” (Which means)

“I think the American people understand that there are some trade-offs involved,” (Which means)

“We’re going to have to make some choices as a society. (Which means)

I don’t like the choices that Obama says we have to make for security in our country. He is using a real threat against us to undermine our Constitutional government  Also, most media sources do not even report his unconstitutional posturing. The links I’ve connected to above are mostly from conservative sources because Google doesn’t even show a monolithic main stream media source for any of these proven facts.

I don’t believe our enemies deserve the privileges of an American Constitution that they don’t respect. I choose that we go after muslims that will not pledge allegiance to the United States of America and one nation under one God. We are a Christian nation not a muslim or Islam nation. All other faiths are welcome to freely express their beliefs but they will not control or influence our American culture. The sooner we promote that and start profiling those who are responsible for terror the sooner we can get on with the American way and the Constitutional protections established by our founding fathers.

And that’s A Christian American Opinion

So Where’s He Been? 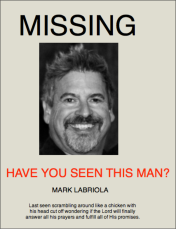 Growing in Christ isn’t easy for anyone, especially me. I so need to feel I’m seeing things the way they really are. It’s all about having a flexible perspective.  Jesus is regularly moving his children from one view of life to another; closer and closer to His world view. We are totally blind to what we don’t know and when God opens our eyes, through what we feel are very uncomfortable life situations, we are eventually grateful. But, until then, our comfort zones and opinions of  “how things are” get rattled! And I don’t enjoy it!

So here I am after a 4 month pity party from “post-election” blues. Four months of wandering and wondering what our world is coming to. I must apologize to my faithful followers for letting life get the best of me. I have had enough creative strength to be pithy on Facebook but I am without excuse for letting my circumstances overwhelm my Christian American Opinion entry.

I’ve been missing in action.

So lets pick up where we left off. What all’s been happening in the world in the past four months (ONLY FOUR MONTHS!!!! I CAN’T BELIEVE IT’S ONLY BEEN 4 MONTHS!!!!)

Six months into the Obama administration and this President has made President Nixon‘s Watergate look as though Nixon was impeached because of an unpaid parking ticket!

Well, that’s all for now. I don’t want to get in the weeds on a Sunday. I just need to announce that I’m not missing anymore and plan to stay on top of A Christian American Opinion from now on. Once a week to start but more frequently as either my blood begins to boil or my Lord Jesus Christ opens my eyes to something I never saw before and think you might be interested in seeing it as well!