This election cycle has put so many conservative voters at odds with one another that I worry about our chances of turning this country around. We forget that the power of influence 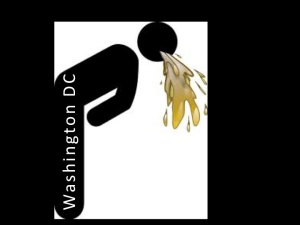 trumps the power of control every day of our lives. Is anyone out there married? I am. Who can deny all the choices you made in life because your wife disagreed with your decision? I’m telling you Trump is no fool. He may not be as principle driven as a Ted Cruz but he makes decisions with an expectation of success. So far he has counselled with Ben Carson, one of the most principled men in the race and he has made remarks accepting the possibility of building a team of the most successful conservative leaders in our country. So trust God and step back a little and believe that all the prayers of all the Saints in this great country are being answered.

And that’s this Christian American’s Opinion.

A little more on this issue. There is no special morality to being a centrist but there is to be a conservative. As a political Conservative and not a Republican I am passionate about the founding principles that gave us a LIMITED Judeo Christian based government. Limited government has grown to over-sized government and put us into a $16 trillion debt problem from both parties. I’m for any political candidate that uses his political skill and gravitas to influence the opposing party for the basic principles afore mentioned.This would have to bring us closer to the middle of course but you cannot expect a centrist candidate at this time in our history (McCain) to pull us back to where we came from. Our progressive politicians have driven us further to the left and a European style government (that’s going broke I might add)  and I believe that was not the intention of our Founders. Just demonizing the few corporations that have exploited its employees doesn’t invalidate our free enterprise system with limited governance.

Government regulations destroyed the corporation I worked for, for 16 years, and the company my wife built from scratch and ran for 14 years. The government put 10,000 out of work in my company and 43 from my wife’s. And also put us both out of work. A whole lot of time invested for a future that never materialized due to government regulations.Regulations created as political leverage to “protect” the citizenry from “Big Corporations”. Bull Crap! I was doing just fine before liberal politicians seized power and attempted to tip the scales in their favor by exploiting a disaster for a few lousy votes. I trust my Lord is able to protect me through the change but attempting to praise compromise,which is a word describing something  He never did – put Him on a Cross by the compromisers or liberal/progressive politicians of His day. This short video might help you understand. http://youtu.be/eLbeX5TgGCE