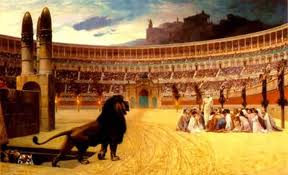 My son was hoping to give me some helpful advise on why Republican Mitt Romney lost. He expressed the erroneous opinion, that if we were more towards the center of the political spectrum more people would have voted for a Republican as President of the United States. So again I have to hear from my own son its the Right Wing Conservatives fault. It’s never the Left Wing Democrat Liberal’s fault for being flat-out dishonest or creating a division between the so-called “rich” and poor. So I wrote him an email explaining my position and here it is.

I know you’d love to have a more “reasonable” Dad, but I’m not. I hate to be a disappointment to you but  I do not agree. The “new america?”  Obama only won by 50% of the votes ( and by winning strategic states with enough electoral votes). The other 50% rejects the left thinking of Obama…he’s definitely not center.  If our votes were switched by location Mitt would be our new President.

There is no middle between light and darkness. Even if we had  “fresh inspiring ideas” but still did not approve of abortion, didn’t promise free stuff, did not promote  pro-homo policy we would always lose to liberal lefties or 50% of the country.  Even if we did have a candidate that was lukewarm on these issues or “couched” their  presentation of his ideas like Mitt Romney (who actually was the least radically right, remember he was the Gov. of Massachusetts a far left state)  the least right-wing of all the Republicans in the primaries. Or even someone like John McCain who was as liberal and lukewarm a republican as they come, you would see the Colberts, Stewarts and MSNBCs find other ways to throw them under a bus!

Obama can abandon an embassy to terrorists lie about it and get a pass and even have News programs like 60 minutes hide what he said about it. If America votes their conscience you see where our country’s conscience sits. Some statisticians can be right but at what cost? Jut because his math is right doesn’t make the people right. I can offer additional stats from CU a lefty college  that showed an opposite result. See Here.

I could say the same thing you said that for republicans to be part of a  “new america” they have to come to the center but for the democrats needing to come farther  to the right to be inline with the Constitution of the US and God’s principles. The Political Media Machine of this country is determined to turn us into a “globally” acceptable country with everybody getting what they want whether moral or not and at someone else’s expense.  Look at Greece, Spain today. Obama’s policies will take us the way of those countries and financial condition. BROKE and RIOTING

You can now smoke pot in Colorado. I wonder if the Right Wing Christians or the non-christian left voted that in? Certainly reflects Colorado’s general moral condition.

It’s a way more complicated and complex an argument to debate so I prefer to boil it down to one simple illustration.

For this go-round its:

But this doesn’t make the Christians wrong, just dead…..but only for now!

And that’s A Christian American Opinion.

I am a Christian entrepreneur writer, passionate about Jesus Christ and His Grace message. Politically straight up conservative/libertarian completely sold out to the original founding principles of America as articulated by our founding fathers. I'm a writer anxious to express my heartfelt opinions about our changing world and the spiritual/political war against our children's souls. END_OF_DOCUMENT_TOKEN_TO_BE_REPLACED
This entry was posted on Wednesday, November 7th, 2012 at 5:38 pm and tagged with BarackObama, christian, John McCain, MittRomney, Obama, President of the United States, Republican, United States and posted in Uncategorized. You can follow any responses to this entry through the RSS 2.0 feed.
« Government Regulations Screwed Me!
The Barrage of Recalcitrant RINOS »