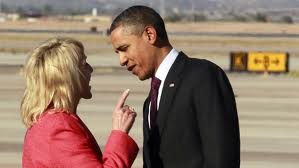 The evil attack on Christianity and Conservative American values has found a small victory in Arizona. The evil homo lobby has influenced Jan Brewer, Governor of Arizona, to veto a bill, SB 1062, that would give businesses the right to refuse service to anyone because it violates their religious convictions. It didn’t even mention homosexuals. “It simply said that no business would be required to do business in a way that violated the beliefs of the owner.”  Below is an excerpt from an email I received from Gary L. Bauer in response to Jan Brewer’s veto. All in exchange for the opportunity to bring the “Superbowl” to Arizona. Follow the money! Pigskin vs Principle!

The left’s tolerance is a one-way street. Suppose, for example, that Focus on the Family is having a conference on the ways which same-sex marriage undermines the American family and asks a gay-owned photography company to help document and publicize the event.

If the gay photographers refused, does anybody think that a state agency would force them to do it? Would companies like Apple be threatening the state government if it didn’t side with Focus? Would the NFL say, “Unless you force this gay business to serve this Christian event, we may move the super bowl”? Of course not!

Let me repeat: The culture war over the meaning of marriage was never going to stop with just the re-definition of marriage. We know the left will keep pushing. Sadly, there is no shortage of politicians on the right who just want the issue to go away.

Some of those politicians signaled just how quickly they will retreat, people like Sen. McCain, Mitt Romney and, for reasons still bizarre to me, Newt Gingrich. How much more are they willing to give up?

If you are a pastor and haven’t figured this out yet, let me make it clear: Right before your eyes, significant parts of Scripture are on the verge of being declared off-limits, subjecting you to accusations of bigotry and jeopardizing the tax-exempt status of your church.

Men and women of faith must stand up and fight back. The hour is late.

Yesterday, after hearing a caller on Rush Limbaugh, I was overwhelmed with the conviction that the IRS and our present tax system is the conduit of control that is leading us to the  destruction of our Christian Nation. As Gary Bower clearly mentions, the “TAX EXEMPT STATUS” of churches are at risk. If there was no tax impact  to begin with churches could parade politicians that represent their values across their platforms without fear! Homos wouldn’t have a leg to stand on to demand the definition of marriage be changed because heterosexual marriage would receive no more tax benefits than a homo marriage. There would be no more reason for the Federal Government to intrude into the definition of marriage because no tax law would be affected by the union of a man and a woman. Also, now with Obamacare, the IRS is given the liberty to intrude into the most personal aspect of our lives due to the tax nature of the law.

I believe its time to get at “the root of all evil” in the country, THE LOVE OF MONEY. That love is at the highest levels in Washington DC and it is the  singular ROOT OF ALL EVIL in America today. Vote for candidates that understand this principle and brave enough to follow it, unlike Jan Brewer, before our demise becomes inevitable.

Sorry for such a long Blog today but this had to be said.

And that’s This Christian American’s Opinion.

Please check out my new children’s book. The Little Pine Tree, at www.thelittlepinetree.com.

I am a Christian entrepreneur writer, passionate about Jesus Christ and His Grace message. Politically straight up conservative/libertarian completely sold out to the original founding principles of America as articulated by our founding fathers. I'm a writer anxious to express my heartfelt opinions about our changing world and the spiritual/political war against our children's souls. END_OF_DOCUMENT_TOKEN_TO_BE_REPLACED
This entry was posted on Friday, February 28th, 2014 at 2:16 pm and posted in Uncategorized. You can follow any responses to this entry through the RSS 2.0 feed.
« To All Manmade Global Warming Believers
The Little Pine Tree Released Nationally »